What's Energy Medicine?  How Can It Help People? Why learn about it?

​What is Energy Psychology? 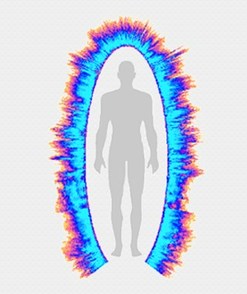 Energy psychology is based on a fundamental principle of the human body and our universe .
​
Everything is energy.

Energy Psychology is a new paradigm in psychotherapy.  It harnesses the same energy systems of Eastern traditions, such as acupuncture, yoga, acupuncture meridians, chakras, biofields and morphogenetic fields.  Most importantly, it ushers in the latest discoveries in quantum physics.

This means that energy psychology treats the problems at a quantum level resulting in quick, immediate results in feelings, mental states, consciousness and behavior.  (See Dr. Nicosia's article below).

This is done through manual muscle testing and various processes that involve having clients stimulate their bodies at discrete energy locations either by holding or tapping body points, assuming specified body postures and movements, visualization, using specific affirmations, expressed intentions, declarations, and more.

Many approaches to energy psychotherapy include the disciplines of bioenergy, consciousness, thought, intentionality, and spirituality.  The measurable results are achieved rapidly and usually without causing any undue emotional distress.

Just as a television antenna is informed at a subtle level by electromagnetic waves, subtle levels of energy catalyze psychological and other aspects of functioning.  Energy psychology is applicable to a wide range of areas including psychopathology, psychotherapy, education, vocational guidance, physical health, sports and peak performance.

Energy Psychology has been found to be clinically effective in the treatment of anxiety, panic, phobias, addictions, anger/rage, trauma/PTSD, depression, guilt, physical pain, and for peak performance enhancement.
This approach transcends the mind-body dualism that characterized psychology for the greater part of the 20th Century.

"Do you remember how electrical currents and "unseen waves" were laughed at?  the knowledge about man is still in its infancy."
- Albert Einstein

After her studies in Touch for Health, Dr. DeVita began her studies in Thought Field Therapy (TFT), an energy psychology technique developed by Dr. Roger Callahan. The TFT procedure provides a code to nature's healing system, which, when applied to problems, addresses their fundamental causes, balancing your body's energy system and allowing you to eliminate most negative emotions within minutes.
​
"When I observed a number of suffering patients who did not respond to our usual treatment modalities, suddenly get better after TFT algorithms are given, I don't need a double-blind controlled study to tell me the value of TFT."

Dr. DeVita is certified in Thought Field Synchronization Technique and has studied other forms of Energy Psychology including Emotional Freedom Technique.

The Basis of a Quantum Leap in Psychotherapy
by Gregory J. Nicosia, Ph.D.

"Thoughts and emotions are energetic expressions of human consciousness.  We all agree that thoughts are real; but would it surprise you to know that your thoughts exist outside of your head!

Quantum mechanics, which is the most powerful explanation of reality as we know it, has demonstrated that every particle has an associated "information wave" or wave envelop that travels with and guides the particle.  Particles always move slower than the speed of light while the information waves guiding them always move
faster than the speed of light.  From this perspective, thought and intention are seen as an informational part of the transduction of energy from higher dimensional, faster than light waveforms into our familiar four dimensional sub-light speed particle world.

It therefore seems reasonable that the most efficient form of therapeutic intervention to cure disturbances in our thoughts and emotions should operate at the quantum level of thought.

In the past 20 years, several revolutionary forms of psychotherapy have evolved, such as thought field therapies, that utilize your body's magnetic polarity and meridian system.  These "subtle" bioenergy flows interact with your thoughts and associated emotions.  Although the meridian system was mapped by the Chinese approximately 5,000 years ago and apparently known to the Oete Valley "Iceman" nearly 1000 years earlier, only recently has this system been studied and verified by western science.
Today, we know that meridians can be activated mechanically, electrically, optically and likely by focused intention. Systematic activation of meridians holds the key to unlocking mental and emotional disturbances.

A thought energy field is viewed as a collection of thoughts or attributes that are inter-related by their common theme or experience and bound together as a functional unit.  Thoughts are the information that first precipitates from energy as it begins a process of slowing down until finally it's slowed to a standstill, as if frozen in time in the form of matter.  In this view, mind and matter differ little at all; they're simply different transformational steps in the process of creating manifest four dimensional reality.

Thought energy fields, like other fields, carry information, have memory, and can be perturbed causing mental disquietude.  The perturbation or disruption of the free flow of energy within the thought field is seen as the fundamental cause of all negative emotions and is the target of thought energy therapies balancing or synchronizing interventions.

When treating a psychological problem, or more specifically the perturbation in a patient's related thought field, the patient attunes a specific thought (i.e., a traumatic memory or the thought of a feared situation) much like a radio receiver tunes to a specific station.  Therapy begins by testing for and correcting absent or reversed biomagnetic polarities that are associated with chronically negativistic thinking and self-sabotaging behaviors.

Thought Energy Therapy continues by activating a sequence of points on the bioenergy meridians affected by the perturbation using one of several methods.  Likewise, the precise order of meridians to be stimulated can be determined by one of several diagnostic procedures.  The end goal of treatment is to reinstate a balance by relieving the impediment to the free flow of energy through the thought field thereby allowing cognitive, emotional, and ultimately biochemical health."